Creality 3D printers have proved to be one of the best not only for beginners but also for the professionals involved with 3D printing.

Filaments are made up of different types of materials having different properties and characteristics; the suitable choice of a filament according to the project will give you smooth and quality print without any defects.

Therefore, it becomes necessary that you take into consideration all the points to choose the best filament. 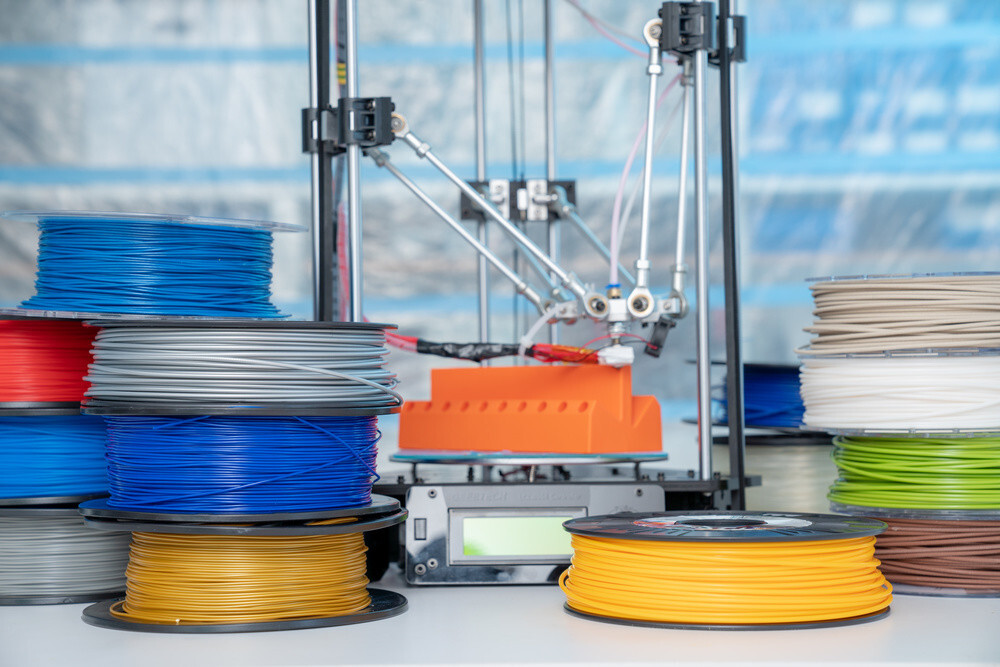 In general, the filaments are available in two standard diameters, which are 1.75mm and 2.85mm, but most of the Creality 3D printers used the first type, respectively.

As a result, we are going to talk about the filaments that match this requirement. So let us start with the major filaments being used all around the world by 3D printing professionals.

Polylactic acid (PLA) is considered as the most popular form of filament being used for 3D printing. PLA properties and features make it the number one choice for many; it is the most versatile type of filament available among all.

PLA is the easiest form of filament to be used, and because of it, beginners preferred to work with this filament.

Other than that, it does not bend easily and does not necessarily require a heating bed, but it can improve the working experience.

In contrast to other types of filaments, PLA does not produce smell or any kind of fumes during the printing process and is environmentally friendly. You can reach a high level of accuracy and preciseness with PLA filament.

It has a lower printing temperature as compared to other filaments and is readily available in various forms, colors, and styles. If you are using the PLA filament for 3D printing, you are less likely to fail in 3D printing.

The only limitation it has is that it is hard; it is not preferred for printing products that require to be twisted. Having said that, it can easily be tuned, and you can print with PLA at a higher speed.

The second most common type of filament is Acrylonitrile butadiene styrene (ABS) filament. ABS materials give you maximum durability with high-temperature resistance.

With Creality 3D printers, ABS is easy to work with, though it requires complete attention with high printing temperature and heated build plate for effective results.

Considerable warping can be seen when you try to cool it down at once; it requires gradual cooling of the print. Other than that, the ABS filament produces fumes during the printing process; therefore, use it in a properly ventilated area.

As per the properties of ABS filament, it is widely used for household items, toys, and as well as automotive and electrical components.

If you are looking for something in between PLA and ABS, Polyethylene terephthalate glycol (PETG) is the filament type you need. PETG is a modified form of PET filament material.

PETG offers flexibility and is easier to use. It is also strong, durable, and has the potential to bear high-temperature resistance.

Normally, the PETG filament is transparent and is widely used for mechanical parts as it PETG has the capability to bear impact and is also used for protective gears and similar type of equipment; furthermore, this material can also be recycled.

The noticeable drawback of PETG filament material is that it absorbs moisture from the air, and thus it affects the overall quality of a print. It is advised that it should be stored in a cool and dry space.

Other than that, PETG is found to be sticky material, and therefore, you should avoid using it for the base support as it can cause damage to the print bed.

PETG filament, you also need to be working at normal speed because increasing the speed will result in creating an under-extrusion problem, affecting the end result.

Thermoplastic polyurethane (TPU) is a new variant of thermoplastic elastomers (TPE). This filament material is highly flexible and offers great resistance to abrasion and stress, and is durable at the same time.

TPU material is easy to print with a Creality 3D printer and does not necessarily require a heating print bed.

You cannot go with fast speed if you are using the TPU filament. Based on its rubber-like properties, TPU filament is largely being used for toys, phone cases, and similar items which require stretching or compression.

The filament materials that are discussed above in the article are all can be used with Creality 3D printers, and all of them work perfectly well.

However, it also depends on the type of project you are working on and what you are going to print.

Having said that, PLA is being used for a wide variety of applications and is easily available at an affordable rate.

PLA is believed to be one of the easiest filaments, which you can work with. Along with user-friendly features, it is also an eco-friendly filament as compared to other types.

Filaments not to be used for Creality 3D printers

That includes nylon, peek, glow in the dark, wood fill, and metal fill.

These filaments should not be used, as some of them require a high range of temperature, which you cannot reach with Creality 3D printers and some of which are difficult to work with.

The abrasiveness property of some of these materials can cause significant damage to the nozzle and other printer parts.

Creality ender 3 vs ender 5: Specifications Which one is Better?